Today, a colleague sent me a press release for an exciting new treatment for psychotic symptoms based on a compound extracted from cannabis (CBD – Cannabidiol).  This work by GWPharm follows up on some work I was vaguely involved in at the IoPPN, King’s College London.  Encouragingly it suggests that CBD might be a much more tolerable  and effective treatment for psychotic symptoms than the medications we already have.

But that’s not really the point of this article.  The point is that in the press release we see the following:

… in 88 patients with schizophrenia who had previously failed to respond adequately to first line anti-psychotic medications.

The problem is that the patient did not:

The patient was not inappropriate for the drug, the drug was inappropriate for the patient.  Drugs are supposed to be designed to target specific difficulties faced by a patient, whether that be insulin to replace what is missing in diabetes or aspirin to prevent pain transmission or blood clotting.  In ‘schizophrenia’ we face the problem that we still don’t know the aetiology of the person’s problems, and each person is different, probably because ‘schizophrenia’ simply does not exist in the same way as type I diabetes.  The simple fact is, that if the drug does not work, it’s because it is targeting the wrong mechanism. 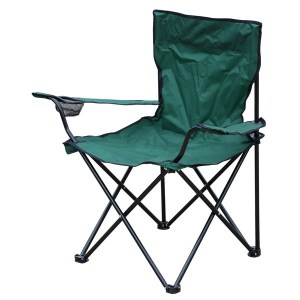 A random story by way of analogy:  I once went on a camping trip with my brother.  When we put the borrowed tent in the car, I remarked to my brother that the tent, which came in two bags, was remarkably light and small.  For the next six hours, I thought nothing more of it; not until  we turned up at the campsite, and started to set up camp next to our relatives’ warm cosy camper van.  Exited to be out camping, I pulled the first part of the tent from its bag – it looked remarkably like a folding chair.  Somewhat desperate, I hoped the the tent was even smaller and more lightweight than I’d imagined, and tried the second bag.  A second chair popped out.  We were left out in the Devon cold, with two chairs to shelter us from the elements.

Did I blame the chairs for not being tents?  Of course not!  When we were left cold and demoralised, did I blame my body for not responding to the ‘tents’?   Of course not, I blamed the provider (me, my brother or the friend who lent the ‘tent’, depending on my mood) for not providing the right solution for the problem at hand.

If the drug does not work, it’s not actually the drug’s fault (drugs are not sentient as far as I know), but I’d much rather say that the drug did not work, than the patient did not respond.  This places the onus on us to improve our treatment

Before I finish, therapy does not get a free pass.  We can also find papers that say: “the patient did not respond to therapy”.  Rubbish!  The therapy did not help the patient.  It was the wrong therapy, the therapy was delivered incorrectly, or it was some other of the many factors that can affect the outcome of therapy.

(PS. As we are talking about language.  When I wrote this blog, I used the word patients, because that’s what we see in the literature.  Re-reading, that word somewhat stood out to me.   Health professionals often use ‘clients’ or ‘service users’, or when it makes more sense, just ‘people’.  They do this for a variety of reasons, including to try and break down unhelpful power dynamics, feelings of ‘them’ and ‘us’ and the sometimes dehumanising effect of the words we use.  Language is always changing, and it’s an ongoing struggle to make sure our use of language is as helpful as possible.)